Our school was named for Henry David Thoreau, who was a naturalist, a writer, and a teacher. He was born in 1817 and died from tuberculosis at the age of 45 in 1862. He wrote: 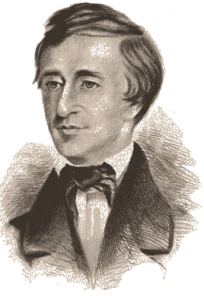 “If a man does not keep pace with his companions, perhaps it is because he hears a different drummer. Let him step to this music he hears, however measured or far away.”

At Thoreau School, we value and appreciate many different drummers.

The Thoreau Elementary School opened for learning on November 27, 1951 and housed 155 students. The building included a kindergarten wing of two large rooms, joined by a covered walk to the main building of four classrooms and the administrative offices.